While Shimano recently unveiled their biggest 630Wh e-bike batteries, Italian specialists Cicli Olympia have gone a few steps better by launching a huge 900Wh battery with up to a whopping 290km of range. The PowerNine 900Wh integrates neatly into the downtube of numerous models in Olympia’s 2020 range, and weighs the same as their previous 630Wh batteries.

Shimano unveil their largest ever e-bike batteries
Range anxiety: how to get the most from your e-bike

Olympia say the new battery is “fuelled by an increasingly demanding market”, and has been designed to work seamlessly with the bike rather than looking like an add-on. Not only does this look better aesthetically – with the battery integrated neatly into the downtube – but Olympia also say it was positioned to ensure handling isn’t affected in any way. If you thought the extra power would equal more weight, that’s not the case according to Olympia – they say it weighs exactly the same as their previous 630Wh batteries. 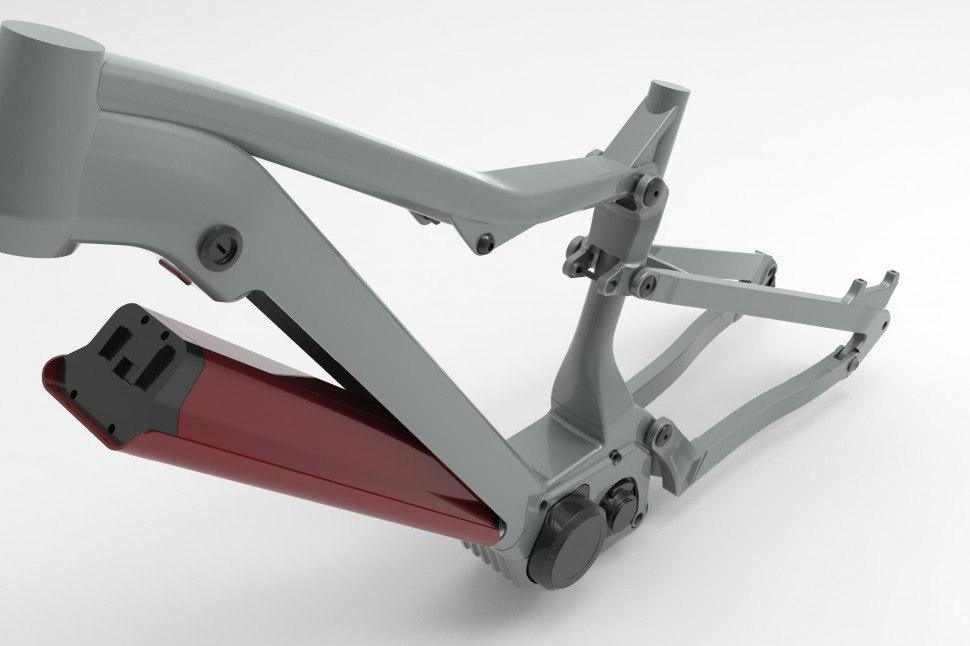 Olympia say they have used “50 automotive-derived cells” to achieve the 900Wh capacity, and they’ve also worked with the manufacturers of their e-bike motors to ensure there are specific levels of assistance designed to work with the PowerNine. They say this all adds up to more torque, more power and more reactivity with sharper response times, with a smooth ride feel that adjusts the pedal assistance according to your leg power quickly.

As far as range is concerned, the PowerNine is obviously packing a lot – Olympia claim a 70kg rider can get an average of 290km out of it on flat ground, and approximately 120km over hilly routes with gradients as steep as 2,400 metres. All of these estimations are based around using a variation of the medium-low assistance levels. It also charges reasonably fast, taking six hours to power up fully with a supplied 4 Ah charger.

The PowerNine 900Wh battery will feature on Olympia’s EX 900, EX 900 Sport, Performer and Mistral models. You can find out more on Olympia’s website.