The developer of Debotnet released PimpApp last month. PimpApp, which was renamed to SharpApp to avoid any confusion or irritation surrounding the original name, was designed as a successor to Debotnet. 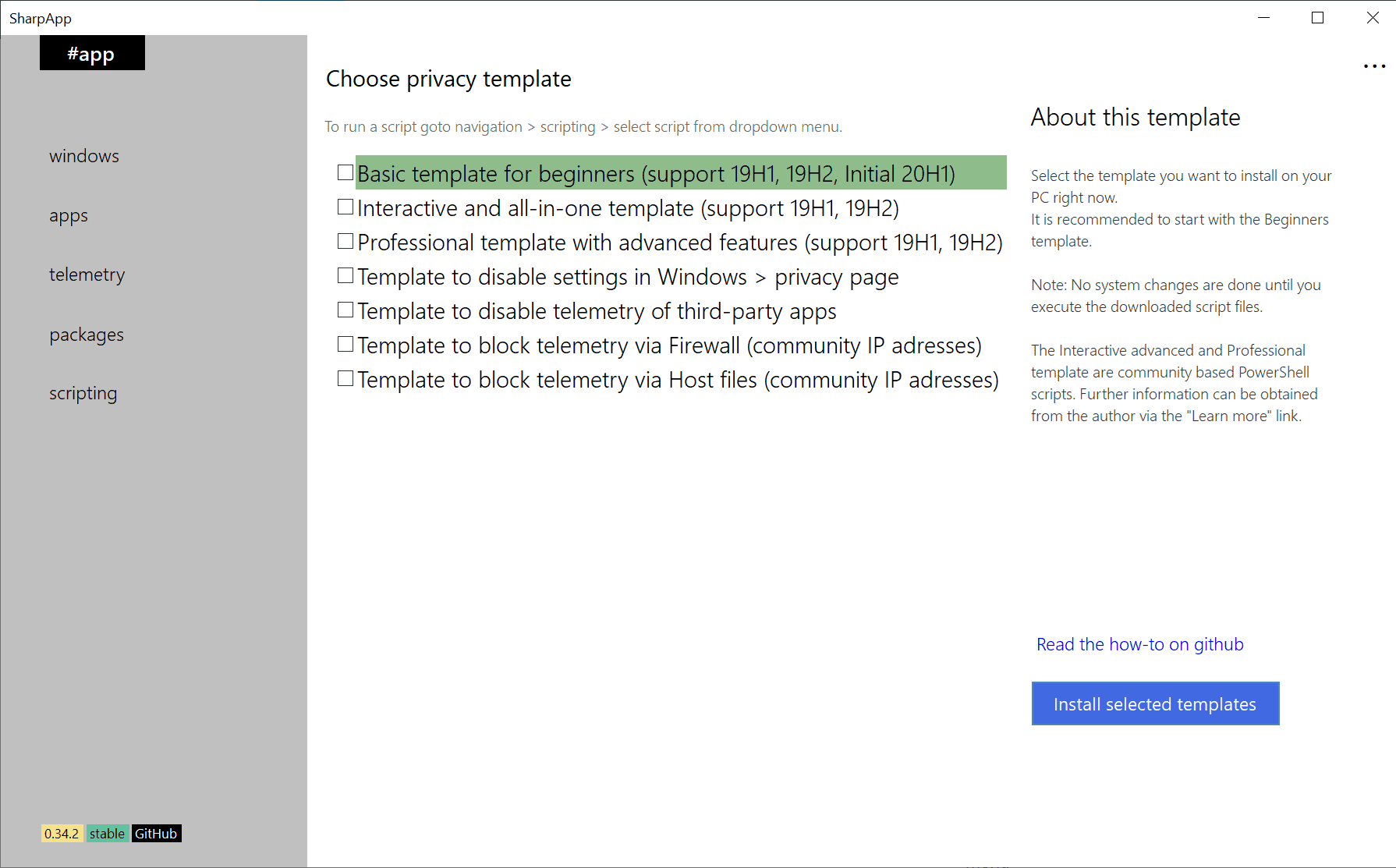 In short: Debotnet development is put on hold. The application will receive critical bug fixes but it won’t receive functional updates anymore. This means, among other things, that Debotnet won’t support upcoming feature updates of Windows 10 (such as Windows 10 version 2004 that is coming out this month).

One of the main reasons for focusing on a new application is development-specific. Debotnet is a Visual Basic program; VB is going away and it does not support many of the features of modern applications.

The developer has published a comparison that focuses on technology but also to a degree on functionality.

Both applications use a different approach when it comes to the changes that users can make using them. Debotnet uses a simple checkbox system to make individual changes to the system. SharpApp on the other hand focuses on bundled scripts that make multiple changes at once.

Not all users may appreciate that change. While bundled scripts make things more comfortable and less confusing for inexperienced users, it is also true that they remove flexibility. It is an all or nothing approach, unless you know how to modify these scripts.

Many Debotnet features will continue to work in the 2020 feature update versions of Windows 10. It is probably better to move to a different privacy application for Windows 10 that supports these new versions officially though.

SharpApp may be an option but it is not an exact copy of Debotnet. That is good in some regards but it may also lead to some Debotnet users looking elsewhere for an alternative.

Now You: Have you tried the tools? What is your take on the change and on functionality?

The developer of Debotnet announced this week that the program will be phased out in favor of the replacement application SharpApp.

Will Your Brand Dominate as Consumers Change Their Banking Habits?