Bitcoin has continued its ascent today while the rest of the crypto market largely continues consolidating.

The lack of momentum seen by altcoins may be coming about due to a shift in capital away from alts and towards BTC.

The immense momentum seen by Bitcoin has led it to fresh 2020 highs of $12,500. There is some resistance at this level, however, as each tap has sparked slight selloffs.

One analyst is now pointing to a few technical factors that show just how different this latest push higher is from those seen in the past.

Earlier today, FinTech giant PayPal revealed that they will be rolling out features that enable their users to buy, sell, and store Bitcoin, Ethereum, and some other digital assets.

This is just one of the notable examples of Bitcoin adoption that has been seen throughout the past few weeks and months.

A couple of weeks ago, Square – widely viewed as a PayPal competitor – made headlines when they announced their acquisition of $50 million worth of BTC to hold as a reserve asset.

The confluence of this news has helped send Bitcoin up towards its current price of $12,500.

Analyst: Here’s How This Latest Rally is Different from Previous Ones

The main difference between this rally and previous ones is that it is driven by positive news developments regarding BTC adoption.

Some technical factors highlight differences as well, which one analyst observed in a recent tweet:

“The other times that BTC tried to break $12k, funding and premium were positive. They are neutral/negative now. So yeah, this time is different.” 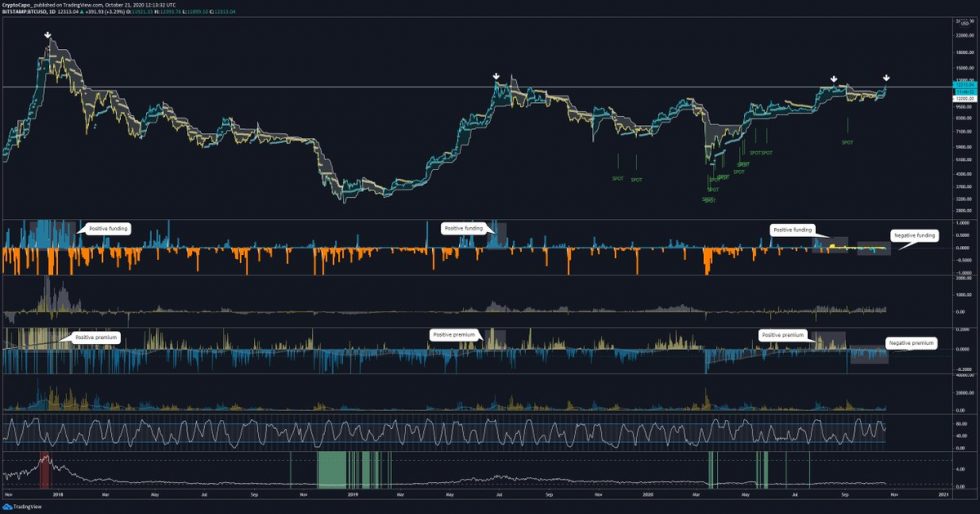 The coming few days should reveal some greater insights into this ongoing Bitcoin upswing’s longevity and sustainability.

Bitcoin Just Tapped $13,000 as Buyers Continue to Rush In