Bitcoin plunged by more than 6 percent after topping out for the year near $12,486 on Sunday.

The benchmark cryptocurrency was trading at $11,654, its lowest intraday, during the early Wednesday session. Its vast bearish correction came out of profit-booking among daytraders. They sold the top to attain short-term profits, causing Bitcoin to fall even amidst supportive macro fundamentals. 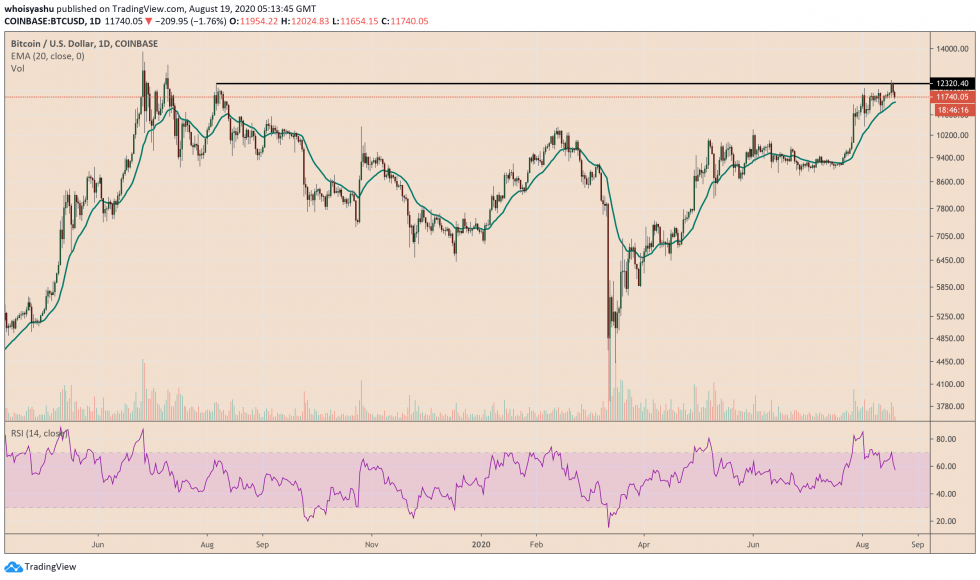 Kevin Svenson, a market analyst, called the rally-and-pullback move a “false breakout.” While the term signified that Bitcoin might move further lower following its rejection of the $12,000-level, Mr. Svenson noted that the cryptocurrency is still going to “fire up.” He took his cues from the US stock market.

“It looks like Bitcoin is still maintaining its Bullish posture despite the false breakout,” wrote Mr. Svenson. “Seems bullish to me. Stay patient! And if the S&P 500 breaks into new all time highs. I think the Crypto market is going to fire up again based on increase confidence from speculators.”

The comments followed an uneven rally in the S&P 500, the benchmark US index whose correlation with Bitcoin grew during the second quarter. It closed fractionally higher on Tuesday, led by a big push in the technology stocks. But a bigger picture pointed to the Federal Reserve’s stimulus behind the record-setting high. 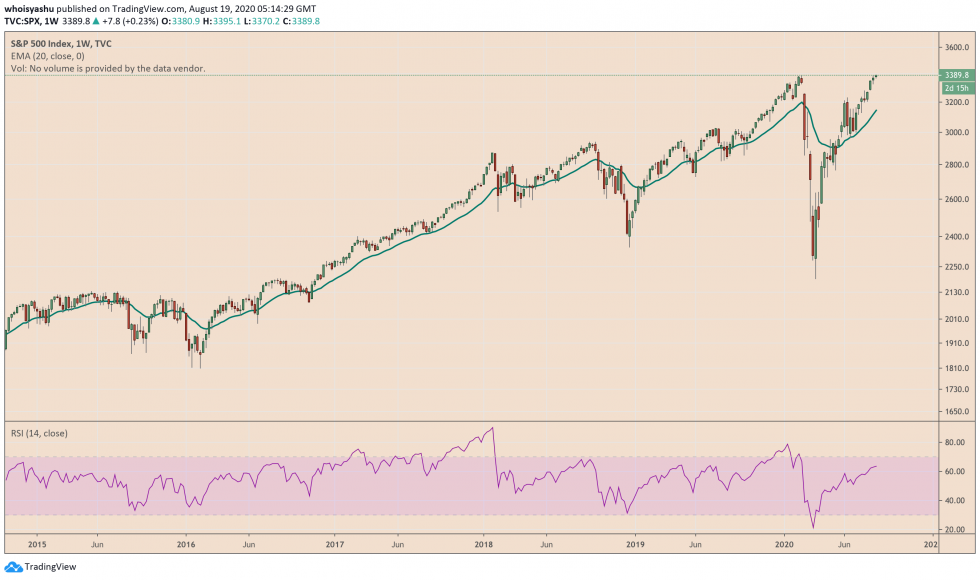 S&P 500 chart on TradingView.com shows it near record highs

The rally across the risk-on markets has been supported by trillions of dollars in government spending and further support from the Fed. The US central bank, in March 2020, cut interest rates to nearly zero and launched a massive bond-buying program to aid the financial markets and help corporates borrow money to survive the COVID pandemic.

Fed’s policy has left a significant impact on government bonds. The yield on the benchmark 10-year Treasury fell to its record low earlier this month. That pushed investors towards markets that promised to offer better returns. As a result, the S&P 500, gold, and even Bitcoin rose in tandem.

Mr. Svenson expects the Bitcoin rally to continue just because the S&P 500 is flashing a similar sentiment. The factors that played a huge role in sending these markets higher earlier this year are still there: the Fed is maintaining its rate cut near zero while pledging to keep its open-ended stimulus program active as long as the market needs it.

On the other hand, Treasury yields and the US dollar are falling to new lows, creating further pressure on cash investors to look into alternative safe-havens. Gold, for the very same reason, hit a record high above $2,000 an ounce last week. Bitcoin tailed the rally towards $12,000, likewise.

“SPX made a new all-time-high, nevertheless, Bitcoin was faster and stronger with reaching the pre-corona crash-condition,” reminded Vince Prince, a TradingView-based market analyst.

He expects the cryptocurrency to close above $12,500 in the coming sessions.

Cincinnati Financial Corporation to Present at the 2020 KBW Insurance Conference